Some reprieve from the dry conditions occurred with the rain events on the 3rd (mostly isolated to the Bay of Islands area), 9th (isolated to Whangārei/eastern hills) and 22/23 February (throughout the region, but mainly in the Kaipara). However, February rainfall overall in the region was below that expected for the month (except in parts of the Bay of Islands and Kaipara), due to the dominant highs remaining stationary over the Northland. The rain in the Bay of Islands area had very minor impact on river flows and was not enough reduce the existing rainfall deficit, with rain in the scale of 300mm still required to break the dry spell here, and around 150 mm in Kaitaia and Kaikohe catchments. River flows around Kaitaia and Hikurangi also remain very low with much of the rainfall received soaked up by dry ground.

NRC SPI indexing for the previous 8-month period, July 2018 to February 2019, categorises parts of Kaitaia, the Bay of Islands, Eastern Hills and Tutamoe Ranges as 'severely dry'. Soil moisture deficits are following suit, with all areas except Dargaville below the normal deficit expected for this time of year. These deficits are likely exacerbated by some very high temperatures throughout the region. Notably, Cape Reinga recorded the 3rd highest February temperatures since records began in 1951. 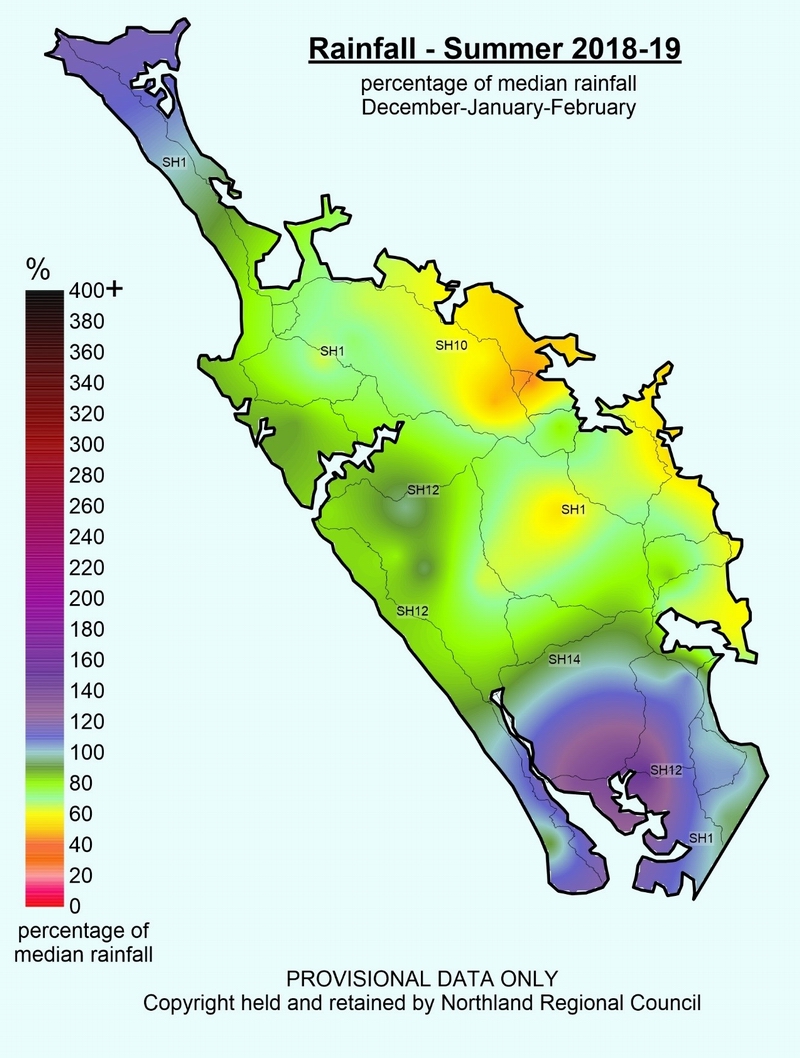