The Northland region is home to about 148,500 people, which is 3.7 percent of New Zealand's population (Statistics NZ 2006). There are some 30 townships with populations of more than 500 people. The largest centre is the city of Whangarei with a population of just over 49,000. Other major centres are shown in table 1 (below). The population is generally concentrated along the region's east coast, particularly in the Whangarei and Bay of Islands areas.

Between the 1996 and 2006 censuses, Northland's population increased by 11,420 people, which is about 2800 less than the previous 10 year period. This is an average annual increase of 0.8%, slightly less then the national annual increase of 1.1%.

The two areas with the largest population increases over the past five years are the Kerikeri and Mangawhai areas, with 20 and 24% increases respectively. This is related to the significant amount of lifestyle and subdivision development that has occurred and is continuing to occur in these areas.

Following the 2001 census, using historical population figures Statistics New Zealand have predicted a median population projection of 159,600 for Northland in 2026, as shown in figure 2 (below). Although regional growth is important for economic development it also puts pressures on our regional infrastructure, including roading, sewage and water utilities, and natural resources. 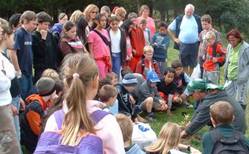 Northland's population has slightly more females (75,618) than males (72,822). This is consistent with previous years and the rest of New Zealand, where females made up 51.2% of the population in the 2006 census (Statistics NZ). Interestingly males dominate the younger age groups from 0 to 24 years, while females make up the greater proportion of all other age groups from 25 years and up, except 65 to 74 years as shown in figure 3 (below). Some ethnic groups, such as Pacific Island and Asian, make up a very small proportion of our communities, with less than 5% of Northlanders. This can be related to the fact that Northland's many rural settlements are not as popular for immigrants, who traditionally settle in urbanised areas.