10.3 What is the state of surface water resources? 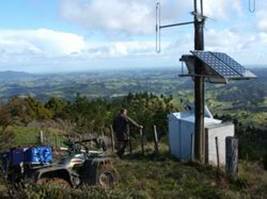 Northland's rainfall distribution pattern results from the region's narrow shape and topography. Northland is 260 kilometres long, extends in a north-westerly direction and at its narrowest point, in the Aupouri Peninsula, is only 10km wide. The Tutamoe and Waima ranges, on the west coast, are the highest points in Northland reaching an altitude of only 770 and 781 metres respectively.

The topographical variation across Northland causes rainfall distribution patterns to vary considerably over relatively small areas. Annual rainfall ranges from 900 mm in low-lying coastal areas to over 2,900 mm in higher altitudes. Generally, the higher altitude areas of the west and east coast receive more rainfall, while low-lying areas receive less as shown in figure 5 (below). Due to the seasonal movement of high pressure belts, seasonal influences on rainfall are well defined. Rainfall is highest in winter and lowest in summer. However, Northland does experience high-intensity rainfall, associated with the passage of tropical or sub-tropical storms (refer to Case study 1: Flood event 29 March 2007), which pass over Northland in summer from November through to March. Summer cyclones also occur infrequently during periods of La Nina weather phases. Modified tropical cyclonic depressions from the north may affect Northland on average once every five years. These events produce very high rainfall of up to 100 mm per hour and can cause widespread flooding, especially when they coincide with extreme high tides. Isolated thunderstorm cells dump vast amounts of rain over very small areas causing extreme flash flooding.

Monitoring and obtaining information about Northland's rainfall resource is important so that short and long term changes in rainfall, which have the potential to severely affect distribution and quantity of water resources in the region, can be detected.

The Northland Regional Council, NIWA and the MetService collect rainfall data at various locations in Northland. Mean monthly and annual rainfall figures are available for these sites in table 15 in Appendix A. Historical rainfall data with records greater than five years are available for over 260 Northland stations, of which 88 have records greater than 30 years. The 114-year record for a station still operating in Kaitaia, is the longest for the region, followed by 102 years at Puhipuhi.

Annual rainfall (mm) for Puhipuhi from 1906 to 2007 is shown in figure 6 (below). The annual rainfall (blue line) shows the departure from the mean annual rainfall of 2002 mm (red line) as a percentage. A 10-year moving mean was used to smooth the rainfall time series data (black line). The rainfall data for Puhipuhi shows several decreasing and increasing trends as presented in table 3 (below). The decreasing trends are associated with a succession of drought periods, for example, 1915 to 1950 and 1970 to 1998. In contrast the period throughout the 1950s and 1960s was very ‘wet'.

Typically rainfall trends will vary from each other due to different location and altitude characteristics. Rainfall trends at Ohaeawai as shown in figure 7 (below) are different to Puhipuhi, with the following trends in rainfall over the last 39 years: Northland experiences two types of drought, regional and localised. Northland's climate is such that it will experience a regional drought, on average, once every three years at east coast and inland locations, and once every four years at west coast and high altitude locations (NRC 2002b). Droughts result in significantly greater evapo-transpiration rates, severe soil moisture deficits and lower than average river flows which ultimately affect water supplies and in-stream ecosystems.

Northland's water resources are already limited, compared to other regions in New Zealand, due in part to the short lengths of many Northland rivers (excluding the Wairua Catchment). With the potential increase in demand for water combined with the possibility of global warming, drought problems in the future could become prevalent and the effects far reaching.

The effects of low rainfall include:

· In some coastal areas, heavy summer use of limited groundwater resources combined with the lack of recharge lead to saltwater intrusion into aquifers, contaminating bores.

· Water supplies from shallow bores, springs and small streams can dry up.

· Restrictions imposed on consented water takes by the Regional Council

Flooding tends to occur during winter months when flows are higher and soils are already saturated but can occur in summer when remnant cyclones, usually down-graded to tropical depressions, make their way far enough south to the Northland Peninsula. However, there is generally a broad seasonal pattern of higher flows during winter, and lower flows during summer. Most rivers have 10-20% of the yearly flow in summer months, and flow is largely maintained by groundwater base flow.

Flooding is the most common reason for civil defence emergencies in Northland. Major floods have been recorded in Northland, by various sources, since 1917.

There are several factors which contribute to flooding in the region which tends to be ‘flashy' and can occur at any time. Some factors include:

· Tidal influence which backs up the flood waters in many of Northland's drowned river systems.

Northland has a dense network of rivers and streams, many of which are relatively short with small catchments. Catchments on the east coast tend to be smaller than those on the west coast. Most of the major rivers have their outlets into harbours with few discharging directly to the coast.

Many Northland rivers show 'drowned valley' characteristics with large harbours and estuaries at their mouths. The Kaipara Harbour represents the sunken lower reaches of Northland's largest river (the Northern Wairoa), draining a catchment area of some 3650 km2, or 29% of the land area of Northland.

Differences in flows between catchments can be attributed to rainfall patterns, catchment size and catchment geology. In Northland catchment geology greatly influences low flows during drought conditions. Fractured basalt rock readily absorbs rainfall and slowly releases it through springs. This slow release sustains the flow during dry periods at more than 3.5 l/s per km2. Examples of rivers flowing through basaltic and greywacke geology are the Punakitere, Waipao, Waipapa and Ngunguru Rivers. 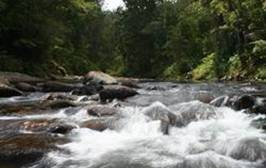 Catchments with less pervious geology absorb less rain and therefore have less water available in storage. Flows from these catchments tend to recede quickly during dry summers, with little sustaining baseflow. Many streams in the Aupouri Peninsula have little or no baseflow and in catchments where there is underlying mudstone-sandstone geology, less than 1 l/s per km2 is released during drought months. Examples of rivers in Northland that flow through catchments of mudstone-sandstone geology are Selwyn Swamp and the rivers of the Awanui catchment.

Table 16 in Appendix B shows information such as minimum, maximum, median, mean and annual flood flows from various rivers in Northland. Six stations are operated by NIWA.

Northland's sea level monitoring stations play an important role in the investigation of such effects as storm surges, tsunami, seasonal and annual variations as well as sea level responses to climate patterns. Data from the coastal network also assists the Northland Regional Council to address the coastal hazard requirements of various statutes and plans.

The Regional Council operates six automatic water level recorders located in tidal environments. Three are located on the East Coast at Marsden Point, Opua and the mouth of the Awanui River in the Rangaunu Harbour and three on the West Coast at Pouto Point, Dargaville and the Kaihu River at Parore. Water levels are recorded at one-minute intervals at Marsden Point, every five minutes at Pouto Point and 15 minutes at Awanui, Opua, Dargaville and Parore. The Awanui and Kaihu stations have been installed to capture tidal information for the Awanui and Kaihu River flood protection schemes. All stations are radio or cellphone telemetered.

Barometric pressure is measured at Pouto Point and Dargaville (additionally wind speed, direction and rainfall are measured at the Dargaville station). Two tidal stations are operated by NorthPort, Whangarei, and these supplement the Council's tidal network. Both stations are within the Whangarei Harbour, at Port Whangarei and Marsden Point. Data from these stations is used by the Royal New Zealand Navy Hydrographic Office for tide predictions. 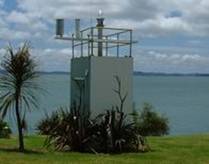 Right: Tide gauge and rainfall equipment installed in the navigational aid building in the Kaipara Harbour at Pouto Point.

Northland has a large number of small and generally shallow lakes and associated wetlands, most of which have been formed between stabilised sand dunes along the west coast. These dune lakes generally have little or no continuous surface inflows or outflows, being primarily fed by rainfall directly on to their surfaces and surrounding wetlands. As a result, their levels fluctuate considerably with climatic patterns.

The Council manually monitors water level on 16 lakes monthly. The following graphs show water level trends for two dune lakes, Lake Heather on Aupouri Peninsula and Lake Rototuna on Pouto Peninsula. Water levels peaked in 1990 in Lake Heather, as shown in figure 8 (below). The water levels in 1994 and 1995 were low due to a strong El Nino weather pattern resulting in low rainfall during the 1994 summer and autumn. The region also has several inland lakes which were formed through the damming of valleys by lava flows, such as Lakes Omapere and Owhareiti near Kaikohe. These lakes have special spiritual and cultural significance to tangata whenua. 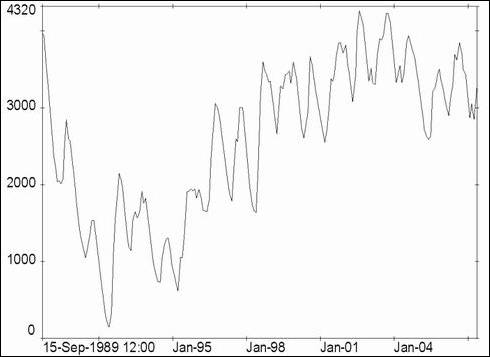 For more information on the state of lakes refer to the lakes chapter of this SOE report.

Wetlands can make a significant contribution to water quality and natural hazard mitigation. There are many remnant wetlands in Northland, including some relatively large inland wetlands. These include Hikurangi Swamp, the Motatau Wetlands, and other wetlands in the mid catchments of larger rivers such as the Manganui/Tauraroa catchment. Wetlands associated with dune and gumland areas and adjoining the coast are also important; a number of those on the Pouto Peninsula, Kaimaumau and in the Bay of Islands being considered habitats of international significance.

The original area of wetlands has been greatly reduced due to drainage and conversion to agricultural uses. In just five years between 1978 and 1983 there was a 14.4% reduction in freshwater wetlands. The remaining wetlands tend to be small and scattered, and continue to be vulnerable to changes in hydrologic regimes and to the effects of stock grazing and further land development.

There has been little monitoring of the hydrology of remaining wetlands in the region.

For more information on wetlands refer to the indigenous biodiversity chapter of this report.