Northland is characterised by a large number of small river catchments and short, meandering streams. Most of the major rivers flow into estuaries rather than directly to the open coast. These rivers and streams play an important role in Northland, often providing water for stock, industry and domestic use.

Droughts occur as a result of lower than usual rainfall, which causes prolonged periods of low river-flow. During drought months (most typically January to March), more accurate monitoring of stream flow is undertaken by NRC to establish levels at which water use restrictions may need to be implemented.

During 2007-08, a total of 245 flow measurements were taken on the region's rivers, of which 45 were taken during flood events. Over the past two years, there has been a significant increase in the number of measurements taken due to the use of a new Accoustic Doppler Current Profiler (ADCP). This equipment enables flows to be measured more accurately and efficiently compared to traditional methods. 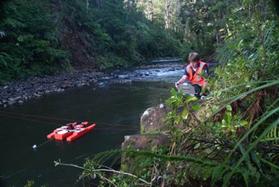 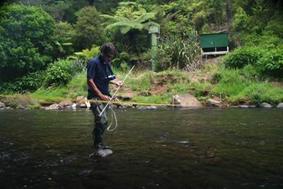