The Northland Regional Council is to move away from offering Farm Environment Management Plans (FEP) as it works to align with central government’s changes to freshwater management policy and better support landowners at a catchment scale.

Deputy Chair Justin Blaikie says the NRC has worked with individual landowners on FEPs for eight years, to help identify on-farm environmental risks and prioritise actions to address them.

However, Cr Blaikie, who chairs the council’s Land and Water Working Party, says there have been some major changes in the policy and regulatory environments nationally and with that – plus ambitious local initiatives like Kaipara Moana Remediation programme – “council wants to be more adaptable and agile”.

(Kaipara Moana is a $100 million scheme announced recently that aims to improve the health of the harbour via a partnership between mana whenua and councils, working with local communities including landowners and the farming sector, to halve sediment loss from the land.) 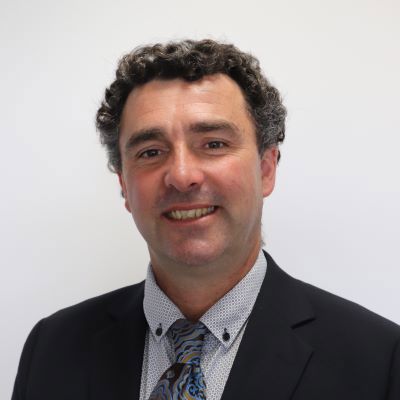 “In order to better align with central government’s changes to freshwater management policy, and better support Northland landowners at a catchment scale, we need to change the focus of council’s land management team,” Cr Blaikie says.

The key message is essentially that the scale of the problem (and the amount of work required) warrants a new approach and the one-to-one advice model has probably had its day for council.

Councillor Blaikie says while the exact mechanism and timing are still being determined by government, FEPs are expected to become mandatory and enforceable under new central government rules, and as such, will likely become the domain of a mix of industry-based and private sector certified consultants.

At this stage, freshwater farm plans will likely be required on farms with 20 or more hectares in arable or pastoral land use, or five or more hectares in horticultural land use. (Plans will be phased in over time with roll-out initially prioritised in areas where waterways are less healthy (like high nitrogen-impacted catchments).

Councillor Blaikie says the change in direction will mean council staff will be able to change focus to better prioritise the places that need help most and engage with groups of landowners in those areas, rather than on a previous one-on-one land advisor model.”

He says given what happens on the region’s land directly impacts Northland’s waterways and harbours; aiming for better water quality now and for the future made sense across multiple fronts.

Much of the council’s previous efforts had involved ‘Working with the willing’ and landowners that had actively sought its support, rather than targeting areas that needed work for water quality improvements for the benefit of the receiving harbour and catchment.

“Moving forward land management staff will be able to be much more proactive; going out and working with people in a much more targeted way.”

Councillor Blaikie says the NRC is also working with the farm industry sector to grow capability and capacity in farm planning, “including through technological tools and extension solutions.

“It’s important to bear in mind that many of Northland’s farmers and growers are already implementing good farm practices and achieving improved environmental outcomes.”

He says a key plank of the mandatory freshwater farm plans is that they will lift all farmers and growers (over the specified size threshold) to achieve the same standards of environmental stewardship.

Meanwhile, Cr Blaikie says other changes agreed to by councillors on Tuesday (18 August) will impact on funding criteria for the council’s long-running Environment Fund which has given away more than $10 million in grant since 1996.

“One of the biggest changes to our Environment Fund will be a requirement that those wishing to receive money from it for fencing will need (where applicable) to establish a three-metre riparian buffer strip, in line with new government rules under its Action for Healthy Waterways package.”

“This will be strictly enforced and will also bring our grants in line with new national regulations.”

Councillor Blaikie says as well as the Environment Fund, the regional council has a range of other community funding available.

Further information is available via: www.nrc.govt.nz/funding