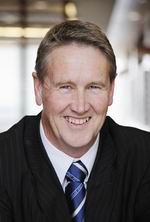 Chief Executive David Wilson says Northland Inc has been working hard behind the scenes with the Ministry of Business, Innovation and Employment (MBIE) and the Ministry for Primary Industries (MPI) to design the study, which is due for completion later this year.

"We're thrilled with today's announcement by Economic Development Minister Steven Joyce and Minister for Primary Industries Nathan Guy. We believe it will provide a great evidence-base for the region to then move to a separate, regional-led 10-year action plan after the study has been conducted," Mr Wilson says.

He says a working group of MBIE, MPI and Northland Inc officials has been established to oversee an independent consultant group which will bring expert advice to the process, gather the data and produce the report.

A technical advisory group drawing on public and private sector expertise from within the region will shortly be convened to provide input into the study and review the findings as they are developed.

"The advisory group is intended to bring a wealth of knowledge and understanding of different sectors within Northland and its members' input will be absolutely critical."

Mr Wilson says one of the main problems when trying to understand regional economies – and what needs to be done to improve them – is that locals often have a quite different view of what the priorities and opportunities are than central government does "or what the statistics tell us".

He says that consideration is an important factor in the study's design, with officials being careful to allow a framework that will draw on input from both local and national expertise throughout the study.

Ultimately, the study will provide a comprehensive analysis of Northland's economy, its current comparative and competitive advantages, the constraints that need to be addressed and the opportunities for development.

Most importantly the study will point towards actions that need to be taken to strengthen and diversify Northland's economy, but Mr Wilson says the work cannot simply stop with the study's completion later this year.

"It's really important to not only conduct a study, but to be able to take that knowledge and act on it."

With that in mind, Northland Inc hopes to facilitate the development of a 10-year action plan; 'Northland 2025' after the study's completion with the aim of beginning in earnest in 2015.

He says the 'Northland 2025' plan would cost about $50,000 and take about three months to develop, but will be money well spent if it gains the necessary buy-in from central government and local stakeholders to implement the plan.

The Northland 2025 plan would differ from previous strategies in that it is focussed on gaining agreement to act.

"This is always the most difficult part in regional development; vision statements, strategies and goals without actions are just words."