The NRC SPI drought index indicates that over both the previous 12 months and previous 6 months, the west coast and Kaitāia has been a lot drier than the east, with “Moderately Dry” to “Severely Dry” conditions over the last 12 months as a whole. 12-month rain deficits in Kaitāia, Opononi, Dargaville and Ruawai are between -20% to -26%, which is significant, but not severe as this time last year when the east coast had 12 month deficits of up to -43%. 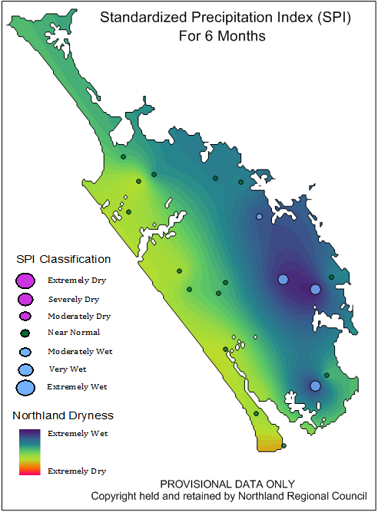 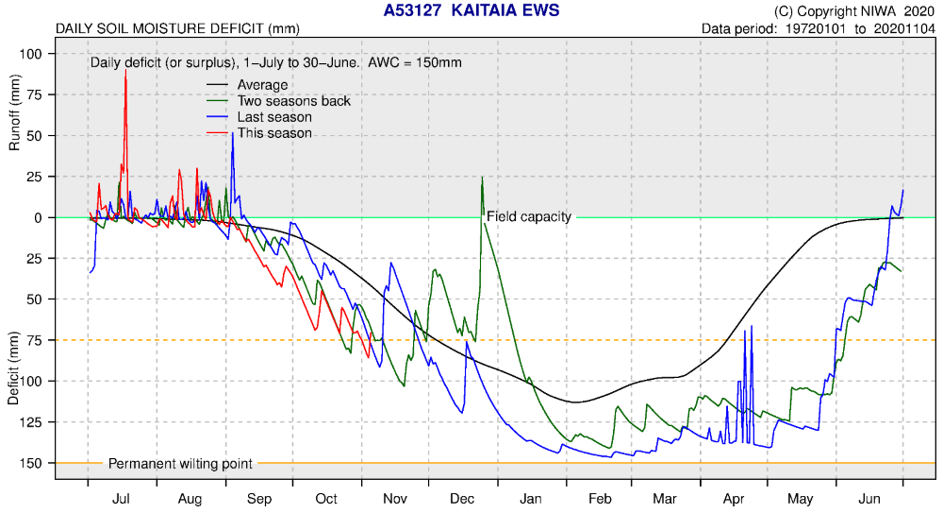