Soil moisture levels are at capacity for Kerikeri, Whangārei and Kaikohe, but a soil moisture deficit of -40 mm to -50 mm remains in Kaitaia and Dargaville. These areas received little rain during May, so were not bumped up to field capacity during the month like the other locations. Groundwater levels at most systems remain very low, below the 20th percentile for this time of year, but the Aupouri and Ruawai (after recent rain) aquifers appear ok. 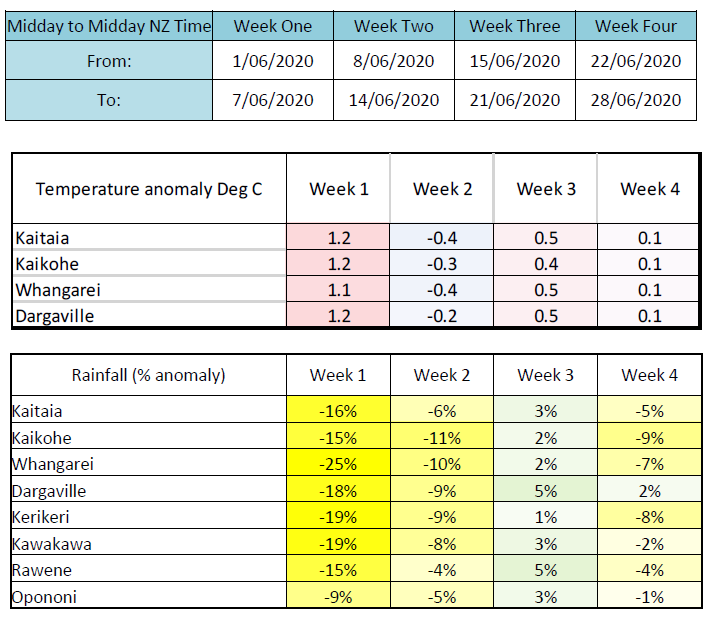 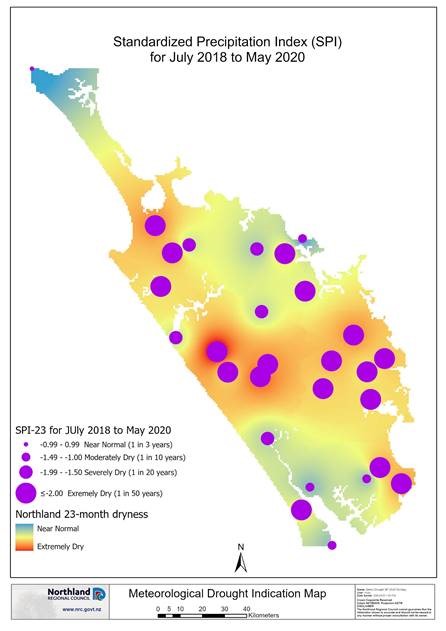 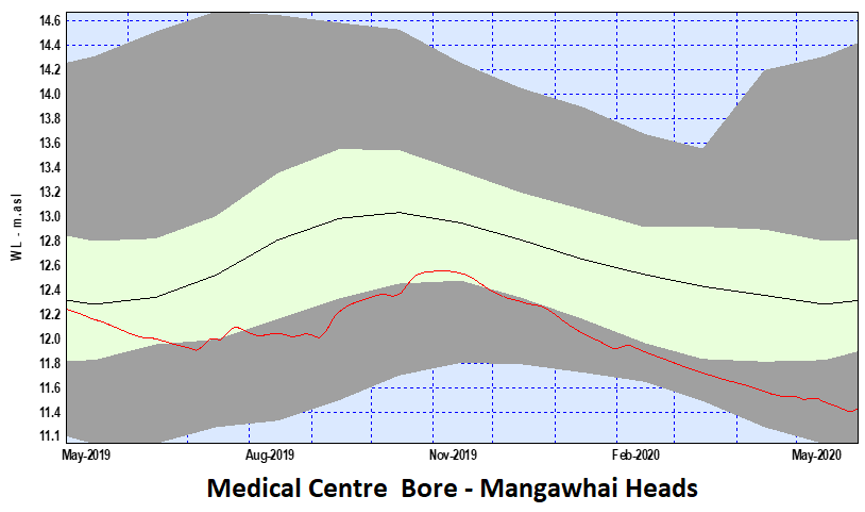 NIWA water balance modelling indicates soil moisture deficit is close to the average and at or just above field capacity for Kerikeri, Whangārei and Kaikohe, but -40mm to -50mm below field capacity in Kaitaia, Dargaville and Warkworth. Typically, all areas would be at field capacity at this time of year. “SMD is calculated based on incoming daily rainfall (mm), outgoing daily potential evapotranspiration (PET, mm), and a fixed available water capacity (the amount of water in the soil 'reservoir' that plants can use) of 150 mm” (NIWA).