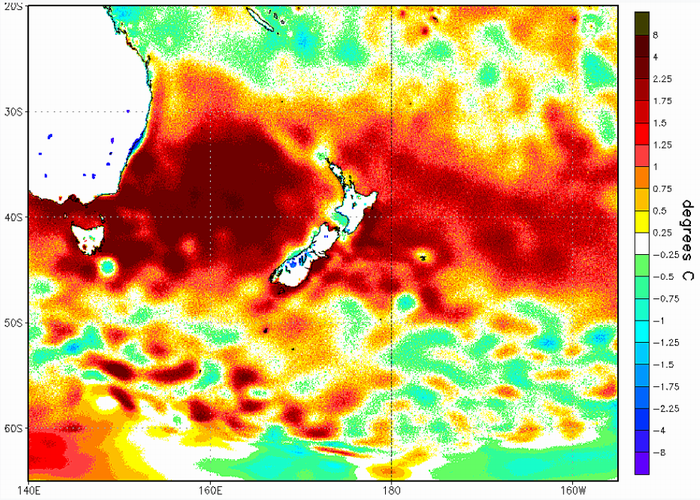 Looking at the rainfall deficits for the previous 6 months, there is an overall trend of rainfall deficit throughout the region, despite the rainfall reprieves over November-December. As expected, with the continuation of below average rainfall in the Bay of Islands area for over 6 months, there is a large rainfall deficit here of 350mm. The NRC SPI Index rates this area as severely dry using the previous 7 months of rainfall data. Similarly, below average rainfall was recorded in Kaitaia, Kaikohe and Whangārei for the 2018 months of July, August, September, October and January 2019. This has led to large 6-month rainfall deficits here of 160mm, 154.8mm and 181.6mm, respectively. The NRC SPI Index rates this area as near normal to moderately dry using the previous 7 months of rainfall data. Bream Bay, Kaipara and West Coast gauges show deficits of 43 – 103 mm. Note also that West Coast stations Waimamaku at Wekaweka Road and Opouteke at Brookvale (which were not used in deficit calculation, due to their short period of record) have a 7 month SPI Index rating of extremely dry. 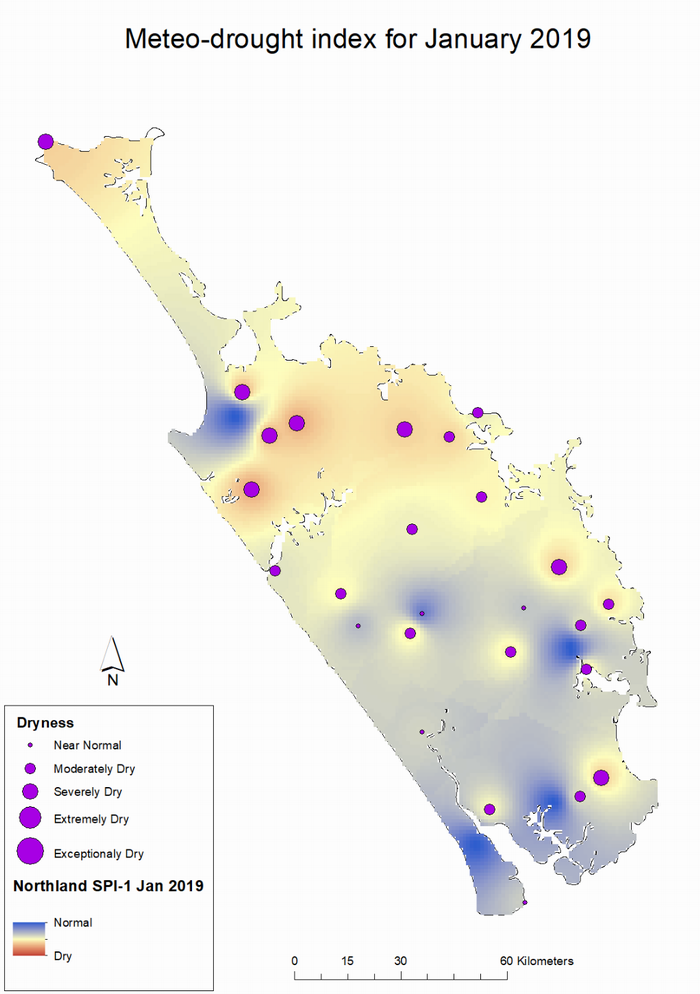