5.2 What are the pressures and state of hazardous substances in Northland?

Based on the HAIL list (MFE 2004) there are approximately 40 different industries in the region that used hazardous substances on a regular basis as part of their processes, including more than 500 sites. The industry types ranged from petrochemical plants, timber preservation sites and food processing industries to small manufacturing businesses and single-person contractors. 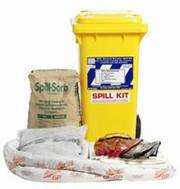 The number of incidents involving hazardous substances, including oil spills peaked in 2000 with a total of 127 incidents as shown in figure 1 (below).

Figure 1: Incidents involving hazardous substances reported to the Council from January 1994 to December 2006, including all oil, diesel and other fuel spills. Approximately one to three tonnes of insecticides and fungicides have been collected every year. Over the last five years the majority of these products have originated from the Kerikeri area. Approximately 90% of the total volume of insecticides and fungicides collected are destroyed, due to the deteriorating condition of the contents, illegible labels or unidentifiable contents.

Every year a small percentage of the hazardous wastes collected have been persistent organic pollutants (POPs). Some of these POP substances handed in for destruction are particularly hazardous, including quantities of DDT, Chlordane, 245t, 24D dust and polychlorinated biphenyls (PCB's). All of these wastes are sent overseas for destruction by high-temperature incineration.

Every year approximately three tonnes of herbicides have been collected from throughout the region, predominately from the four jointly owned and operated Northland Regional Council PGG Wrightson stores at Kaitaia, Waipapa, Dargaville and Whangarei.

Approximately 50% of the herbicides collected are still readily available on the market and legal to use. These are redistributed to Landcare groups and other voluntary organisations for vegetation and weed control. The remainder are in a deteriorating condition and exported for destruction.

Farmers and growers will have access to a sustainable environmentally preferred disposal alternative to landfilling or burning their containers when the Agrecovery plastic container stewardship programme starts in 2007 (more information below).

Storage and disposal of hazardous substances

Some of the more hazardous agricultural chemicals held by farmers and horticulturists (especially persistent organic pollutants such as DDT, Dieldrin, Chlordane and 245t) cannot be legally disposed of in New Zealand. These substances require special disposal technologies such as high-temperature incineration. As New Zealand produces a relatively small volume of waste hazardous substances by world standards, it appears highly unlikely that any New Zealand-based technology will become available in the short term or indeed long term.

Under the Basel Convention of which New Zealand is a signatory, hazardous substances can be shipped to other countries for disposal, such as Canada, Europe or the United States. A company based in Auckland currently holds licences for the export and destruction of hazardous substances.

The majority of waste hazardous substances have been sent overseas for destruction (arranged through the Ministry for the Environment). There is presently a small remaining volume of hazardous substances that are packed in United Nations approved containers and stored in licensed premises in Auckland. The Council regularly inspects the integrity of the containers and their contents until they are sent overseas for destruction.

There have been many contaminated sites in Northland investigated over the last five years. If the investigative sampling showed contamination then site remediation was carried out. Some of these sites are detailed below:

Over the past four years the four oil companies have continued their programme of replacing underground storage tanks at service stations. The programme has been driven by two factors: The length of time that tanks have been in the ground and product loss from the tanks.

In Northland a total of approximately 120 underground storage tanks have been removed, each site remediated if required, and the tanks replaced or the service station closed down.

There has also been two timber treatment sites at Tinopai and Dargaville investigated and successfully remediated by Carter Holt Harvey. The entire process was overseen by the Regional Council. The Regional Council also carried out a site investigation of the Benchmark timber treatment site at Waipapa. Benchmark carried out extensive remediation and the Council showed that the site was successfully remediated with validation sampling. 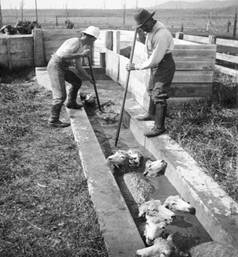 The only site requiring remediation was the public animal dip site at Kaeo that was formerly owned and operated by the Mangonui County Council. The land where this dip was sited is now in public ownership.