9.2 What are the pressures on our lakes?

Aquatic weeds are a major threat to Northland's lakes. Native aquatic plant species are generally low growing, and present no management problems. However, species such as Egeria densa (oxygen weed) have spread throughout Northland and are a major threat to both the aquatic biodiversity and water quality of Northland lakes. These types of plants spread rapidly and can create large problems in lakes shallow enough to allow growth over their entire area. 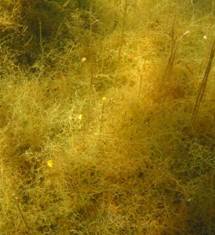 Pest fish can have adverse effects on water quality and native flora and fauna communities. The impacts of introduced pest fish on lake ecosystems in Northland are still largely unknown.

The mosquito fish (Gambusia affinis) is the most widespread pest fish in Northland. They are prolific breeders, so they can quickly populate new habitats. They are an aggressive fish that out-compete native fish species such as dwarf inanga (Galaxias gracilis), Inanga (G. maculatus) and common bully (Gobiomorphus cotidianus) for habitat and food sources. Other pest fish species found in Northland lakes include rudd (Scardinius erythrophthalmus) and goldfish (Crassius auratus).

Grass carp (Ctenopharyngodon idella) are commonly used as a control agent for removing aquatic weeds such as oxygen weed in water bodies.

Eutrophication is the enrichment or pollution of water bodies by nutrients – particularly nitrogen and phosphorus. These nutrients cause excessive growth of aquatic plants and algae. Excessive growths become a problem when:

· One plant grows excessively and excludes other plants.

Eutrophication of lakes is a major problem in New Zealand and throughout the world. Approximately half of the 134 lakes monitored routinely in New Zealand are eutrophic or worse (Hamill 2006). Fifty-four percent of lakes in the Asia Pacific region are eutrophic. Europe, Africa, North America and South America have 53%; 28%; 48%; 41% of their lake degraded by nutrient pollution respectively (Chorus and Bartam, 1999).

Northland's lakes are particularly vulnerable to eutrophication, as they tend to be small, shallow and often have intensive pastoral farming activities within their catchments that can contribute significant phosphorus and nitrogen pollution. 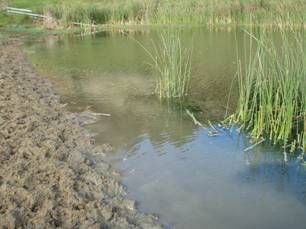 Stock access to the lake margins destroys the native riparian and emergent vegetation, which is important habitat for fish and birds, as well as increasing sediment and nutrient levels in the lake water.

Pinus radiata forestry is a major land use around the Aupouri and Pouto peninsulas, where the majority of Northland lakes are. Small lakes are becoming infilled with reeds, which is a natural process but has been accelerated by the sheltering effect of the pines. 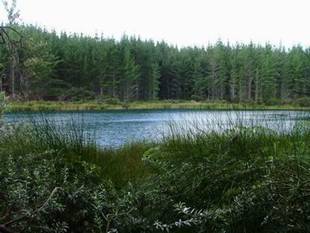 This sheltering effect can also prevent the mixing of lakes resulting in greater stratification of the lake water. The deoxygenation, as a result of this stratification, can lead to the release of nutrients from the lakes' bottom sediments.