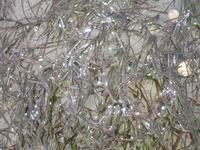 Seagrass habitats are well documented as providing ecosystem benefits by providing a ‘nursery' habitat for juvenile fish species and increasing biodiversity. The restoration of even small areas of seagrass habitat would have a Whāngārei positive impact on the health of the Whāngārei Harbour and adjacent coastal communities, while also restoring the natural character of the Whāngārei Harbour.

A study into the feasibility of the restoration of degraded seagrass beds in the Whāngārei Harbour was undertaken in the 2004/2005 financial year. The study, a joint initiative between the Northland Regional Council (NRC) and the National Institute of Water and Atmospheric Research Ltd (NIWA), was funded via the Whāngārei Harbour Health Improvement Fund, as part of Northport Limited's commitment to improving the health of the harbour, and a Sustainable Management Fund grant from the Ministry for the Environment.

The study was undertaken in several phases:

· An assessment was undertaken to determine the historical distribution of seagrass beds and environmental factors influencing their health in the Whāngārei Harbour.

· An assessment was then carried out to determine the current health of the harbour, in terms of suitability for seagrass habitation and restoration.

· Lastly a methodology and decision-making document to be used when attempting seagrass restoration efforts was produced.

The historic distribution of seagrass shows that as recently as the 1940s, parts of the Whāngārei Harbour were thriving with healthy seagrass meadows, including areas around Takahiwai, One Tree Point, Snake Bank, Parua Bay and McDonald Bank. In 1942 there was approximately 1400ha of seagrass habitat coverage in the Whāngārei Harbour. By the 1960s this had dwindled to smaller pockets, and by the 1970s only small patches of seagrass were left.

Factors that contributed to the loss were an increased rate and degree of sedimentation, erosion/accretion or mechanical excavation of sediment, increased suspended sediment loads, changes in sediment texture and seabed shape. An example of this was the major dredging programme undertaken in 1966-69 to deepen the shipping channel. In this programme alone over one million cubic metres of sediments were excavated and deposited in other areas of the harbour such as Snake Bank and Takahiwai, and the entrance to Parua Bay. Another example was the discharge from the Portland cement works, which is estimated to have contributed close to three million cubic metres of sediment into the harbour between 1958 and 1971.

The study's assessment of the current ‘health' of Whāngārei Harbour's water and sediment quality in the areas of western One Tree Point and Takahiwai, determined that the water clarity, nutrient and contaminant status of these areas were within the published ranges for seagrass habitation. These factors are critical for seagrass habitation. High water clarity is needed to provide sufficient light penetration for photosynthesis to occur. Nutrient concentrations must fall within a range that enables sufficient plant growth to occur without being too high as to encourage the growth of parasitic epiphytes and toxicity effects.

The evidence from the study is suggesting that adverse environmental conditions, such as low water clarity caused by excessive sediment inputs, have improved recently compared to historic levels. These findings are promising, as they indicate that environmental conditions at areas previously inhabited by seagrass are improving and are still suitable for seagrass habitation. 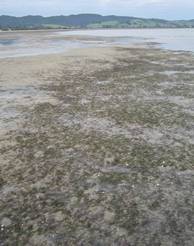 The final deliverable of the study was the development of a decision-making document. This document includes methods for identifying restoration sites, requirements for environmental enhancement, methods for restoration trials and a procedure for monitoring the success of a trial.

The implementation of restoration trials by the local community in conjunction with assistance from a science provider, resourced through funding initiatives such as the Whangarei Harbour Health Improvement Fund, is proposed as the next step in the progression of this work.