The map below shows the distribution of incidents reported to the Council during 2008-09. The greatest number of incidents was reported in the Whangarei area – 335 incidents in total. This is to be expected given the number of people in this area, and the urban nature of the catchment. No incidents were recorded along the Far North and Kaipara coasts, and in the Whananaki and Houhora harbours and Oruaiti catchment. 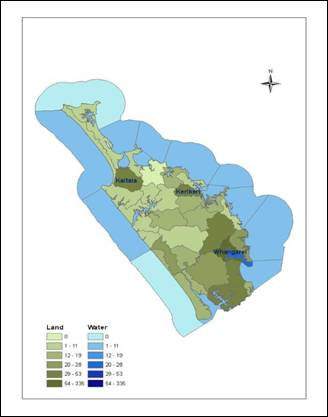