‘Biodiversity' means the variety of life on earth. The Northland Region, with its subtropical affinities, oceanic climate and wide variety of habitat types, has an unusually high diversity of plants and animals, including many species that are found nowhere else in New Zealand, or in the world (known as ‘endemic' species).

In New Zealand over the last 1000 years, human activity has led to the extinction of 32% of the country's endemic land and freshwater birds, 43% of frog species, 5% of reptile species and 0.5% of known vascular plants. In February 2000 the government, in association with other key organisations, launched the New Zealand Biodiversity Strategy, which gives actions to halt this decline and key objectives of biodiversity management across the country. It is the responsibility of all government agencies, including regional councils, to implement this strategy.

In 2008, Northland Regional Council (NRC) commissioned an audit of all existing ecological information for special places that support high biodiversity value in Northland. The report highlights that nearly 37% of Northland consists of indigenous vegetation. Of this, 14% has some form of legal protection (Protected Natural Area status, reserves or covenants). The remaining 23% has no legal protection and is largely found on private land.

The report highlighted that not all natural habitats have been recorded and that further survey work is required to complete the picture of biodiversity in Northland. It is predicted that many habitats that have not yet been surveyed, such as wetlands, have very high biodiversity value and should be protected before they are a lost. In addition, the report found that there is no set ‘standard of care' for special places that are designated and that many are not currently subject to a management regime which benefits or protects their biodiversity value.

As one of the key environmental agencies in the region, NRC undertakes biodiversity monitoring and management, and provides funding for landowners wanting to undertake long-term biodiversity projects. A contestable Environment fund has been established for more than ten years and has provided over $2 million to help people improve and protect Northland's natural environment over this time. 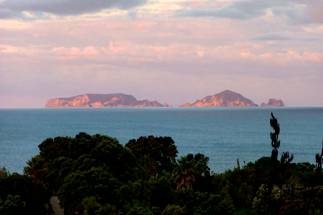