‘On the road’ council meetings Kaikohe-bound

Kaikohe will be the latest town to host a Northland Regional Council meeting as councillors continue their ongoing efforts to better engage with their local communities. 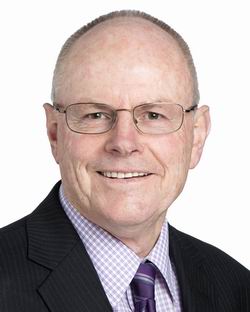 Bill Shepherd, chairman Northland Regional Council: "Many people would be pleasantly surprised at the sheer number and breadth of issues these meetings cover."

Bill Shepherd, chairman Northland Regional Council: "Many people would be pleasantly surprised at the sheer number and breadth of issues these meetings cover."

The current council is the first to have been elected under a model that abandoned an old system based on the region's three district council boundaries and replaced it with one offering seven, smaller constituencies across the north. (The representation review also delivered a ninth, extra councillor.)

Chairman Bill Shepherd says one of the key drivers for that review was a desire by councillors to better engage with Northland's many communities and that in turn had led to a decision to hold council meetings around the region, not just the council's Whangarei headquarters.

He says since then, full council meetings, which are open to the public, had been held at Kaitaia late last year, at Mangawhai in January, Kerikeri in April, Tutukaka in June and at Dargaville the following month.

It was now Kaikohe's turn, with council's next full meeting to be held at the Mid North Motor Inn, on Broadway St from 1-5pm on Tuesday 16 September.

"I suspect many people would be pleasantly surprised at the sheer number and breadth of issues these meetings cover and the great work the organisation is doing on their behalf."

While the agenda for the Kaikohe meeting was still being finalised, agendas for the council and its committees are typically posted a few days in advance on the council's website via: www.nrc.govt.nz/agendas

He says while it can appear local communities only take an interest in council matters when they are controversial and/or involve potentially large sums of ratepayer money, on a day-to-day basis councillors and staff are typically involved with large numbers of people right across the region on a myriad of issues.

Meanwhile, Cr Shepherd says after Kaikohe, the next regional council meeting that would be held on the road would be somewhere in its Te Hiku constituency in the Far North in late October.