The NRC SPI drought index indicates that over the past 6 months the region has been in a “near normal” condition, owing largely to the high rainfall received during July 2020. However, over the last 12 months the west coast of the region is leaning towards “moderately dry” to “severely dry”. These SPI indices as well as Rainfall Deficit figures tell us that we are not such a drought vulnerable position as the region was this time last year (12-month rain deficits in Kaitāia, Opononi, Dargaville and Ruawai are between -19% to -24%, while this time last year when the east coast had 12-month deficits of up to -43%). 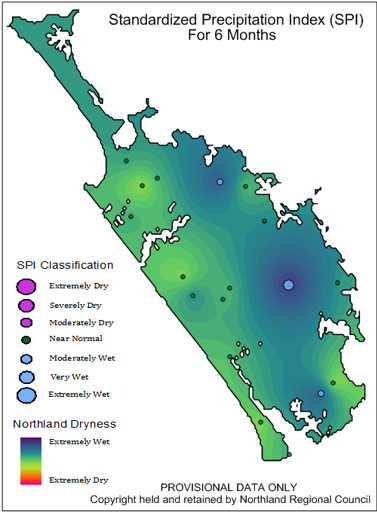 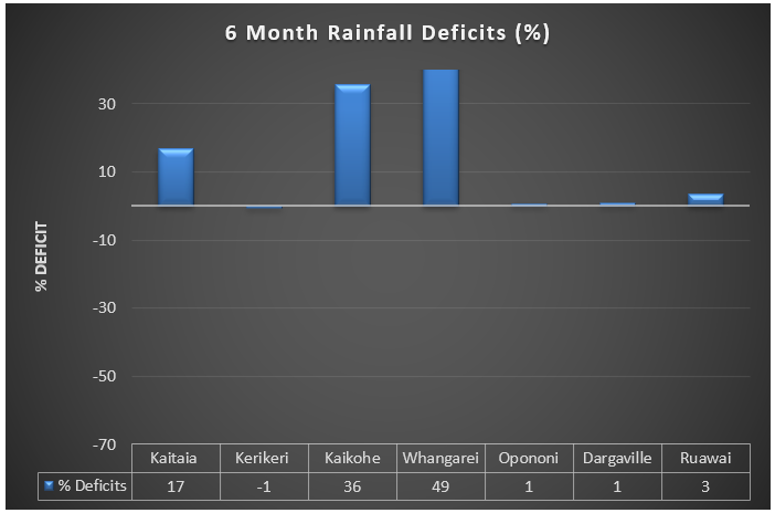 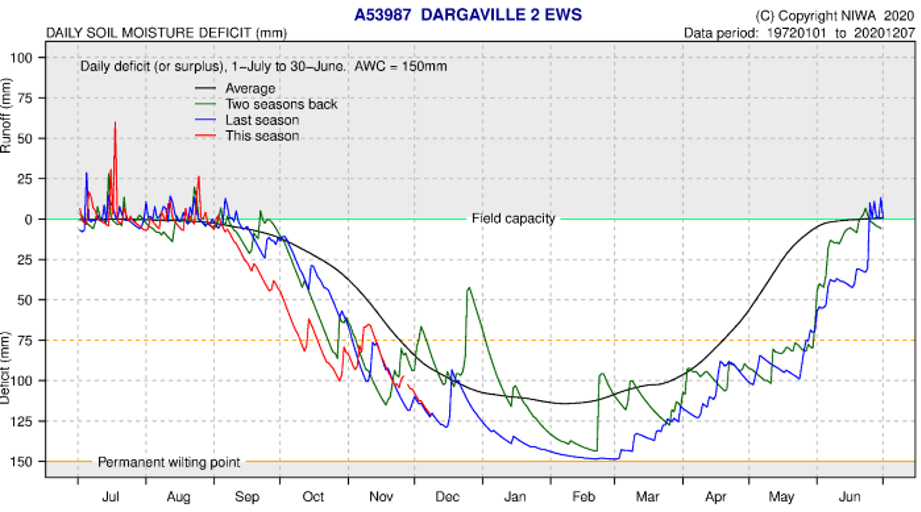