Autumn 2019 has been unusually dry, with only around 50% of the expected rainfall received for the season. Looking back at the whole period of dry weather so far (previous 11 months, starting June 2018), the NRC SPI index rates the Awanui catchment and upper Wairua catchment as “extremely dry” and most other catchments as “severely dry”. Accordingly, 1-year rainfall deficits are large in Kaitāia, Kerikeri and Whangārei, with deficits of -40%, -31% and -28% respectively.

For the long period of observed dry weather (11 months, from June 2018 to May 2019), the NRC SPI index rates the Awanui catchment and upper Wairua catchment as “extremely dry”. This is consistent with very low flows observed in these catchments towards the end of May. Most of the east coast, as well at the Tutamoe Ranges and part of the Pouto Peninsula are rated as “severely dry” for the 11-month dry period. Kaitāia, Kerikeri and Whangārei all have large rainfall deficits for the previous year of -40%, -31% and -28% respectively. For Kaitāia we would expect around 1370 mm, while only 820 mm has been recorded. This is a -547 mm deficit for the previous year. 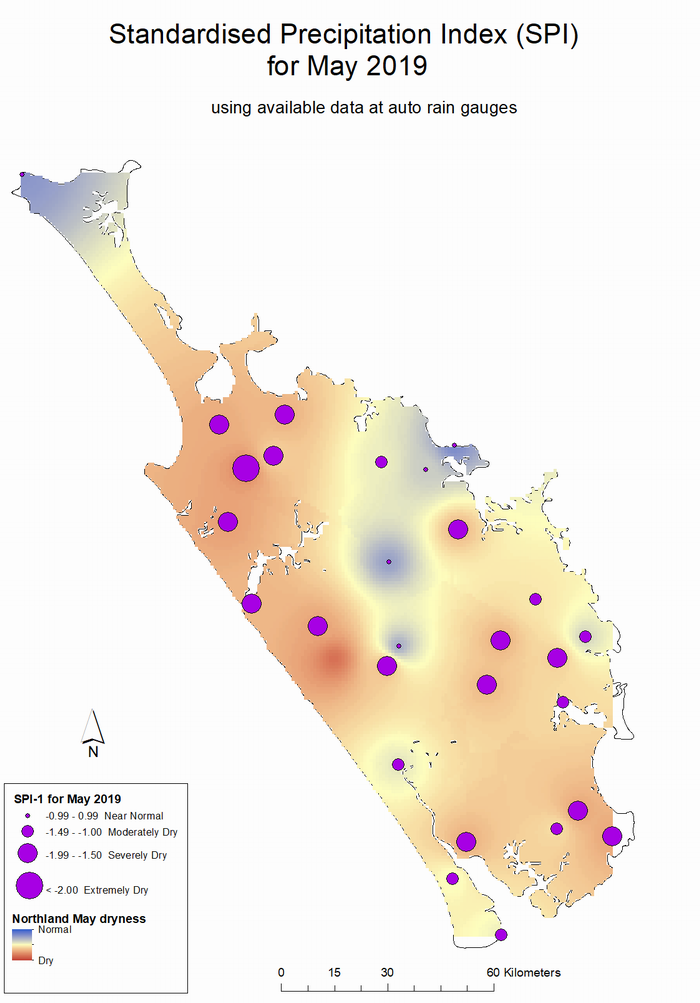 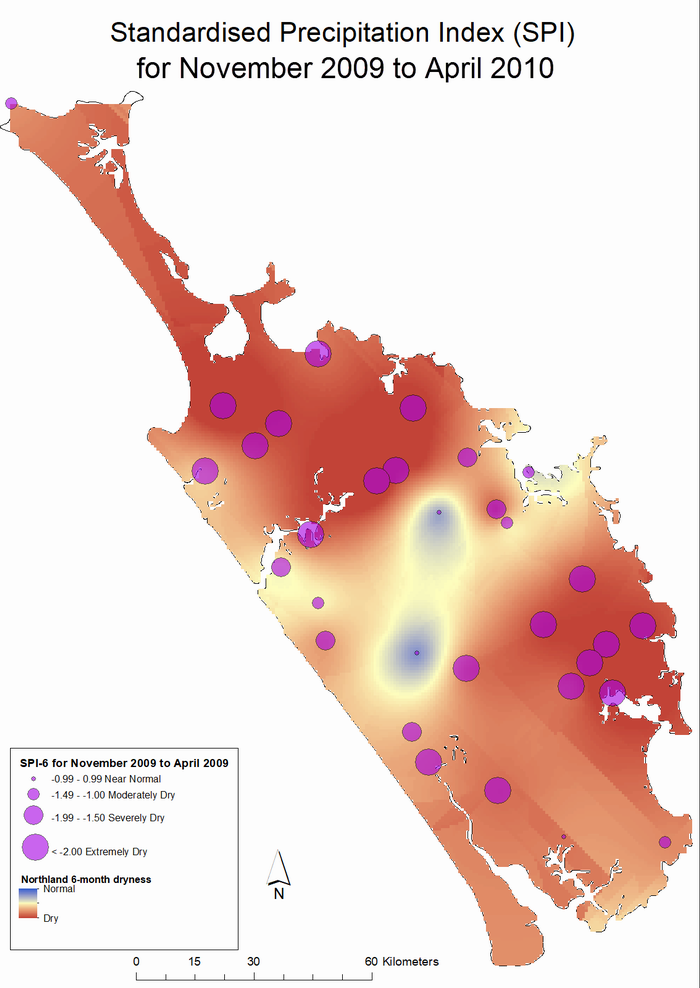 Most notably, the Awanui River in Kaitāia  had flows measured at around 360l/s at the beginning of May. This is a considerably low flow, with similar flows only recorded during five other dry periods since the 1950’s. This can be considered a 15-20 year low flow event. 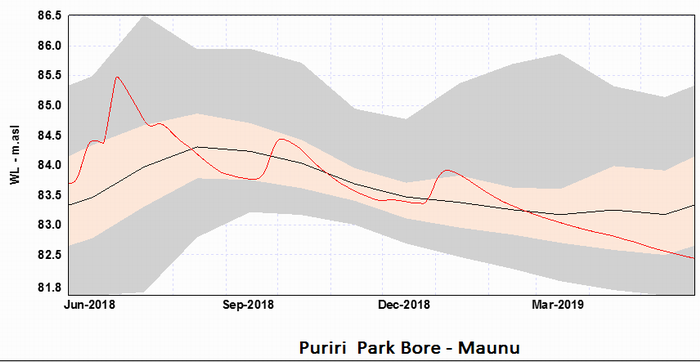 NIWA water balance modelling indicates soil moisture deficit is below average in Kaitāia, Kaikohe and Whangārei and Warkworth. These areas show large soil moisture deficits at these locations for this time of year. “SMD is calculated based on incoming daily rainfall (mm), outgoing daily potential evapotranspiration (PET, mm), and a fixed available water capacity (the amount of water in the soil 'reservoir' that plants can use) of 150 mm” (NIWA).